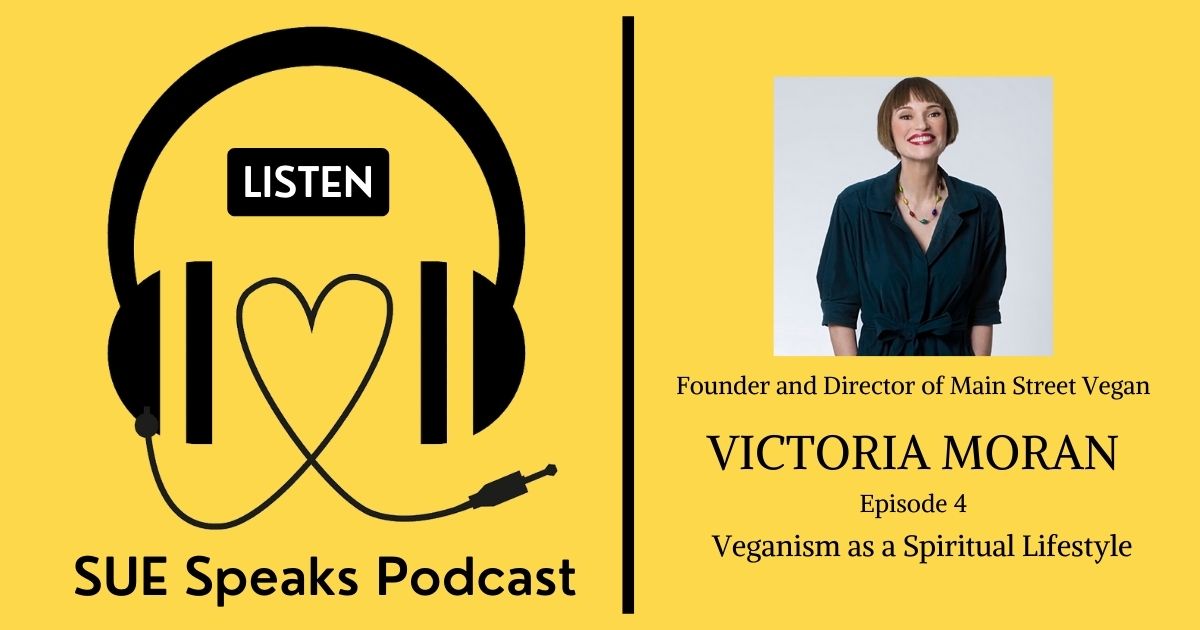 Victoria Moran is a high priestess in the vegan world. After eleven books on spirituality and well-being and weight loss, which got her on Oprah twice, she became not only the author of books about veganism and a leading spokesperson for it, but also the founder of The Vegan Academy, which has graduated hundreds of lifestyle coaches who spread the vegan word and help people with their vegan diets. Victoria being my podcast guest may seem odd to people who know me as the author of The Anybody Can Make It, Everybody Will Love it Cookbook, that’s anything but vegan, but I recognize the value of a lifestyle that’s becoming ever more popular as well as the charms and wisdom and authenticity of one of my favorite friends who, twenty years ago, was my Salon guest on a book tour for Shelter for the Spirit, about how to turn your home into a scared space. Thanks to Victoria, although the gourmet in me would hate to convert, I recognize that if everyone became vegan it could alleviate the greatest threat to human survival, which is global warming. You’ll be very moved by that if you see A Prayer for Compassion, the documentary film Victoria just produced.  I wish we were on video because Victoria is a gorgeous human being who well deserves the award she got from PETA, People for the Ethical Treatment of Animals, as PETA’s Sexiest Vegan Over 50!

This takes your breath away. The country will be consumed by getting the bastard for a long time. Is that what we want? All of us ingesting that swill every day? I'd like some conversation about thinking outside the box, where I'd see Trump being off the hook for all prosecutions if he did a convincing mea culpa about his crimes. Why would he do that? To stay out of jail and to keep his money, and I'd even see him taking pride in having released his followers to unite the country, which is a much more important thing to do than to bury our thug President. Really, to get our pounds of flesh we'll have years of his dominating the news that wouldn't even touch his followers. Can we talk about doing something like that? ... See MoreSee Less

Searching For Unity In Everything@_SUESpeaks·
9 Aug

Roger Waters on War, Peace, and Music https://youtu.be/nx1xkxiDPhk via @YouTube. This is the best. @rogerwaters got 800 people to a Zoom. Get more celebs to do things like this to rally all people of goodwill to save the world.